The ‘dad-bod’ – the product of being busy, over-worked, over-tired and under-active – and is therefore increasingly prevalent in guys between their early-20s and upward…

In truth, we don’t have to conform to the kind of chiselled physiques that we see on the front of magazines – but it is important to understand that self-esteem is an important part of people’s mental well-being. If we feel like we look good, it often has an impact on whether or not we feel good.

Of course, there’s no substitute for getting out, being active and having a balanced diet – but if that’s something that you’re still working on, it’s sometimes helpful to fast-track feeling good about yourself with some simple fashion tips. 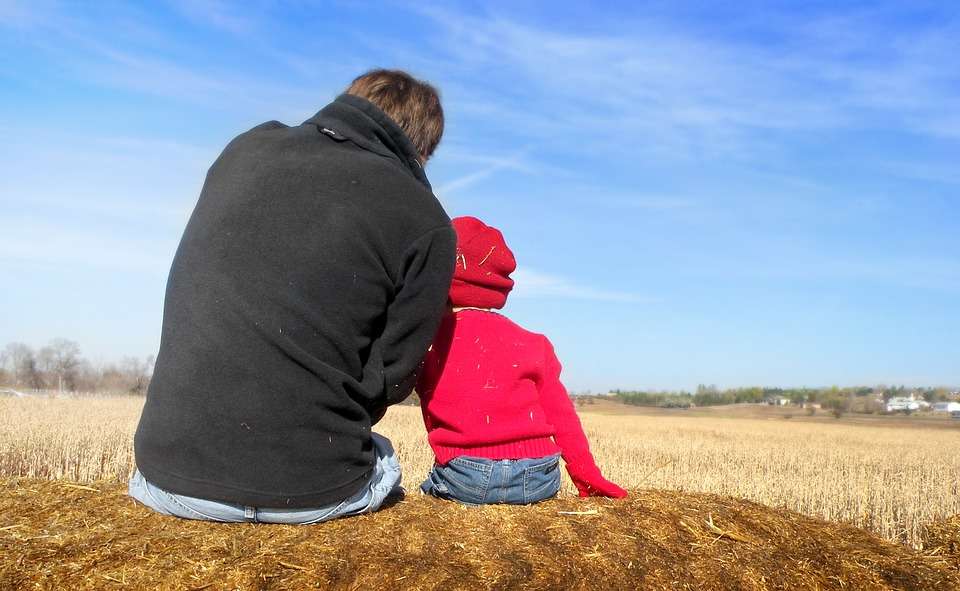 1. Buy clothes that fit you well

This tip applies to all guys really – not just those of us who are carrying a few extra-pounds around the waist.

Buy clothes that fit you well. There’s misplaced logic in going either bigger or smaller – but this is why neither work:

Smaller than ideal clothes tend to be uncomfortable and unflattering in anything but that ‘standing-up breathing-in’ pose that many of us have mastered. Sit down and buttons will gape or trousers will strain.

Buying larger than ideal essentially ends up with you looking like you’re a bigger guy who’s borrowing his big-brother’s clothes. You get extra material where it’s not needed, leaving clothes looking awkward and badly chosen.

Don’t be afraid to get measured. An shop that sells suits, shirts and smart trousers will usually be happy to help – they’ll also suggest fits that will flatter too – for instance, if you’re bigger than a 36” waist, you’ll be better with a ‘standard’ or ‘regular’ fit shirt, rather than a ‘slim’ fit.

Nicely fitting doesn’t mean expensive either, when you’ve got some good measurements, reference them in all shops. Keep an eye on sites like myvouchercodes.co.uk to bad great prices on premium brands and stores that might otherwise be a little out of your price-range.

That old idea that black is slimming isn’t without some basis in truth – but you don’t have to go jet-black all over to benefit – consider charcoals, navy, dark-greens, deep-reds and dark-purples if you want to mix it up a little.

Part of the trick here is about shadows. When we have curves in places that we’d rather have abs and pecs, they tend to cast slightly unflattering shadows that stand out against light colours. So, darker colours do a better job of hiding those shadows – giving a more even ‘up and down’ look. That said, if you’ve got a darker jacket or jumper on, don’t be afraid to get some vibrant colours going on underneath – as the over-layer will still break up those shadows.

Another trick of eye can lead us to looking bulkier than we want – and it’s to do with stripes. Horizonal stripes make the eye think something is wider than it is – so avoid them across your midriff.

Ideally, you want to look a little broader across your shoulders, slimming to your waist – but since that isn’t always possible, going for vertical stripes or pinstripes is a good idea instead.

The dad-bod is essentially an upside-down triangle – wider around the waist, slimming upward to slightly narrower shoulders – whereas that cover-model shape tends to be the other way around, bulkier shoulders slimming down to a narrower waist.

The good news is, dab-bods are nothing new – as men, we’ve been trying to look more muscular for hundreds of years (think about the padded shoulders of military uniforms and formal suits) – so we’ve got it worked out pretty well.

Finding a blazer that’s got a slightly structured shoulder area is a good bet here. I’m not talking about something that looks over-the-top, tux style – perhaps just going for a slightly smarter suit jacket that has some shape to it. Again, don’t be afraid to ask for this when you’re shopping – it’s in a shop’s best interest for you to leave happy with what you’ve bought!

Focusing again on those shoulders is a good place to make sure you don’t make any errors. If you’re already sporting narrower shoulders than waist, you don’t need any help making them look slimmer than they already are – so avoid crew necks and polo shirts.

These styles tend to draw the eye in to the centre of the body, again giving the impression that your shoulders are slightly narrower than your waist. Instead, v-necks, t-shirts with relaxed necklines and wider collared shirts will tend to work for you much better.

For quite some time now, jeans and trousers that sport such names as ‘super skinny’, ‘spray on’ and ‘carrot fit’ have been easily found in stores. While they may be fashionable – they’re not always the best fit for guys who have got the typical dad-bod shape.

Again, super-skinny jeans do the same thing that a crew-neck does up top – make your waist seem wider because of the greater contrast against your ankles.

Now, don’t panic – we’re not suggesting you go for some wildly bootcut style – just go for a straight cut or standard fit pair of jeans or trousers. If you’re not sure, think of the classic Levi 501 shape – it’s the most popular style of jeans in the world and has been helping guys make the most of their dad-bods since 1873…

Alice Lloyd is a health and lifestyle writer for MyVoucherCodes. Alice has worked in the media for five years after receiving her Masters in Journalism at the University of Gloucestershire. After taking a year out to backpack across New Zealand and Australia, Alice now enjoys writing travel features and trend pieces for MyVoucherCodes.